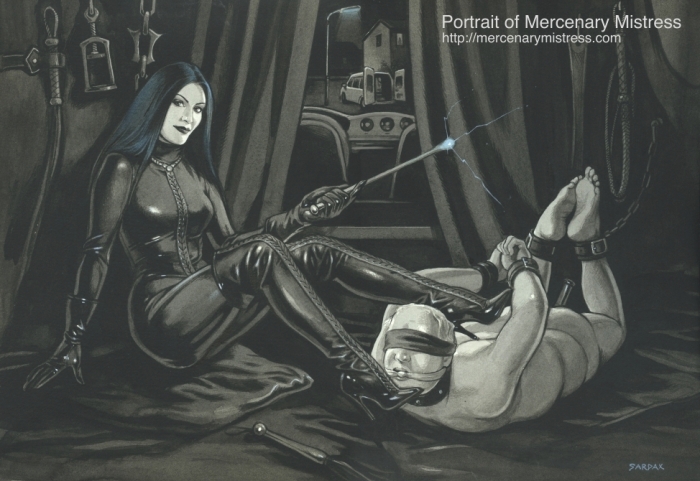 Texas-based Mercenary Mistress dressed in full leather teases the hogtied commissioner of the portrait with the tip of her boot and holds a rod which sends sparks of electricity down to him if his efforts to kiss it are insufficient.
Unusually the setting is the back of her own transit van, converted to a mobile dungeon. Through the curtains we can see the driving seat and controls of the van, and through the windscreen to the van itself – parked in a quiet street for evening fun!

This year I received two birthday portrait commissions for Mistress Ayn as her previous commission  had so delighted her.

Though a real heart being offered would be possible to depict – anything is – it ran the risk of looking tasteless and even a bit cheesy. But I took the heart form and made a silver bondage frame to which he is attached, dangling as a puppet. A lever might allow it to be fixed into a set position or rotated as required. Mistress Ayn is ready with her bullwhip, dressed in riding breeches and thigh boots. 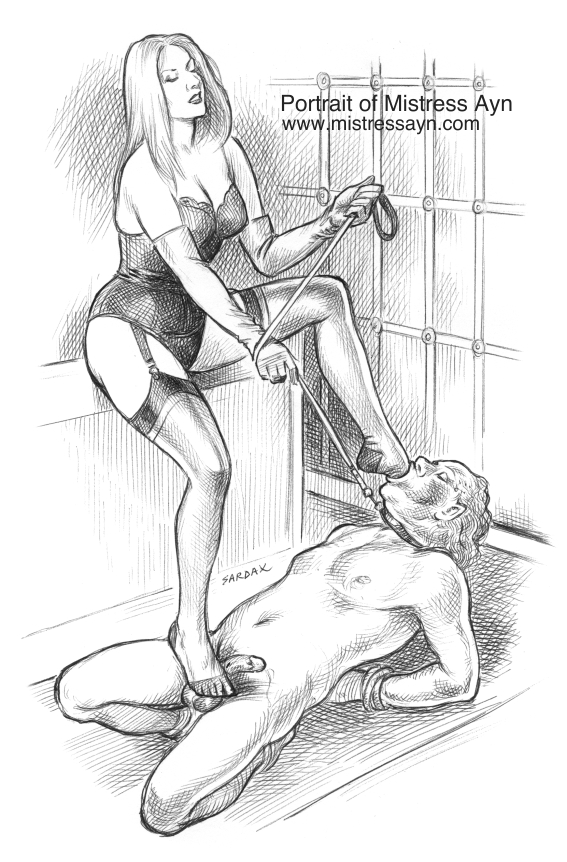 The second new portrait for Mistress Ayn from another commissioner shows her dressed in corset and RHT stockings dominating one of her slaves at her feet. While one thrusts deep within his mouth asphyxiating him, the other crushes down below, though not without leaving a tell-tale sign of excitement!

To receive two Sardax paintings on one birthday is an unusual and unexpected event!