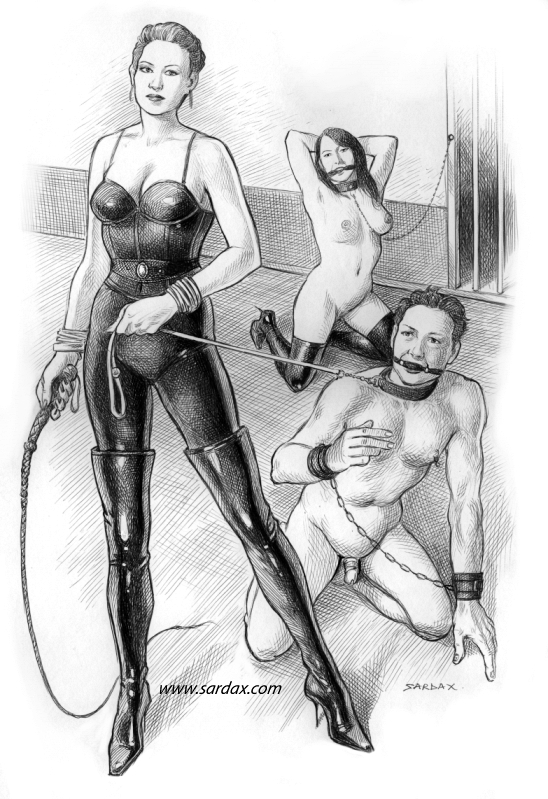 A few times in the course of my career I have been asked to make posthumous portraits. (for partners or mistresses who have unfortunately passed on)
While the portraits are not in themselves generally difficult, the circumstances surrounding the commission have to be handled sensitively as they can be affected by grief and emotion. An artwork commissioned at an emotional intensity one month can become problematic through onset of depression a few months later. Moreover the feelings of other close relatives have to be considered besides that of the partner – who is usually the commissioner.
One time on receiving his portrait the widower told me touchingly – “It was what she always wanted -but we never got round to it.”
Last year I was approached by S. who wanted to commemorate the relationship with his beloved mistress and partner- Mistress Mariska. He sent me photos of her and I tried my best to draw it as he -and perhaps she -might want it.

He has given his permission now to make this portrait public.

4 thoughts on “A posthumous portrait”

This site uses Akismet to reduce spam. Learn how your comment data is processed.